A new article I wrote for the Dinosaur State Park newsletter. Some of the tracks can be a bit hard to pick out in photos, especially when they're at the small scale of a newsletter page, so to make them as clear as possible, I created illustrations of the fossils to accompany their entries. Enjoy!

Although dinosaur footprints are the most abundant and well-known fossil tracks in the Connecticut Valley, they are not the only traces of ancient life in southern New England. Insects, fish, and other small animals of the Mesozoic also left their own marks preserved in stone. There are dozens of different trace fossil species from tiny animals throughout the Valley, a few of which are detailed below. 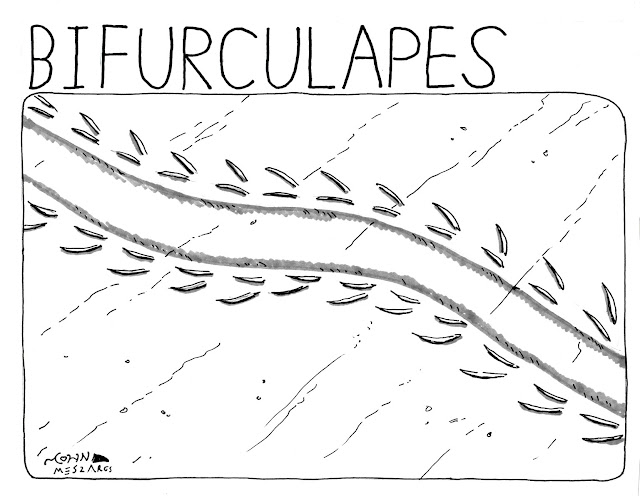 Bifurculapes
These early Jurassic tracks consist of double rows of two scratch-like marks (“furcula” means “forked”, and Bifurculapes trackway looks as if they were made by the tips of two Y-shaped legs dragging through the mud). The tracks are often found in association with ripple marks, suggesting that they were made by aquatic insects crawling across the floor of a shallow playa lake. Several specimens zig-zag, implying that the animals were being pushed off-course by a current and repeatedly correcting their path. It’s not currently known what type of organisms made these traces, though the forked shaped of the tracks suggests at least some may have been made by crustaceans, which have biramous appendages. 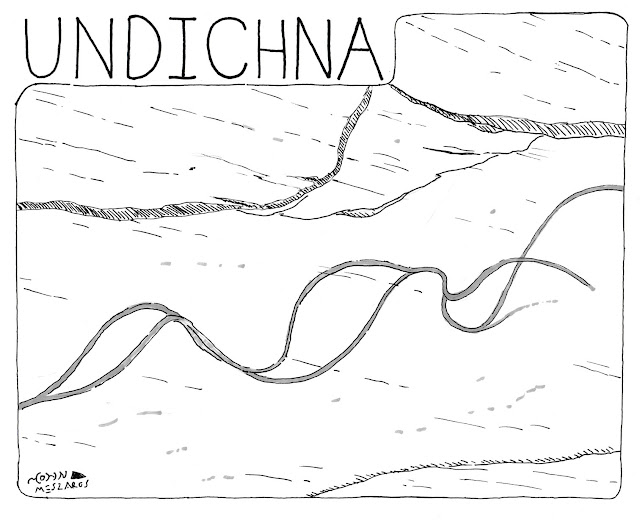 Undichna
These sinuous grooves were made by the tails and lower fins of fish as they swam near the bottoms of shallow temporary pools. Specimens of Undichna are extremely rare in the Connecticut Valley, although fossils of the primitive fishes that made them- Semionotus or Redfieldius- are quite common. These shallow lakes would have been prime fishing spots for the large theropod dinosaurs and crocodilians that inhabited the Valley. 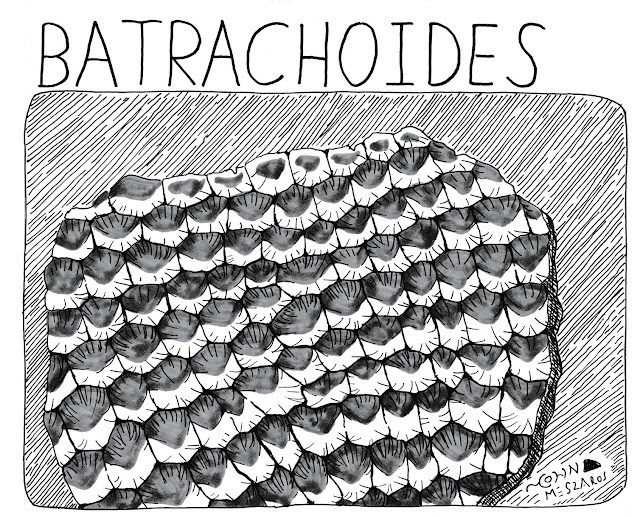 Batrachoides
In the 1850s geologist Edward Hitchcock discovered a curious fossil impression in Triassic sandstone near Hadley, Massachusetts. The rock slab was covered in what he described as “spheroidal cavities”. To a modern viewer, this unusual trace might look as if someone had pressed a large sheet of bubble wrap into the soft mud. Hitchcock interpreted this fossil as a collection of “tadpole nests”.

(I admit my illustration above came out a little weird for this one. Below are photos of the original fossils in the Edward Hitchcock Ichnological Cabinet at the Beneski Museum of Natural History.) 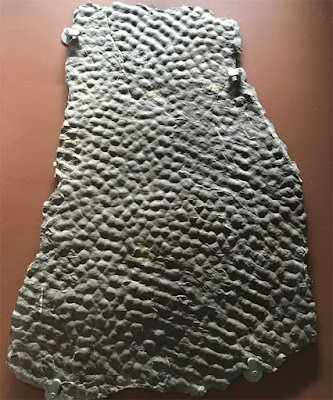 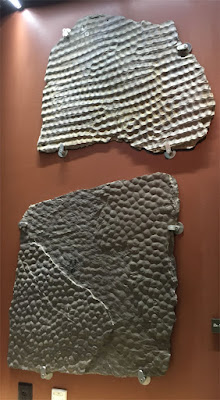 But what are tadpole nests, exactly? If you come across a temporary vernal pool in late spring, you’ll often find it swarming with hundreds of little black tadpoles clustered along the shallow edge. As the water slowly dries up, they excavate dimples or “nests” in the sediment by wiggling their tails and slowly rotating in circles, either to feed on the bottom or to escape the desiccating air. As the shore of the pool shrinks, the tadpoles move with it, continuously digging new nests until the bottom of the pool is covered in a shallow circular or hexagonal depressions.

There is some controversy about what made the Batrachoides impression. Some scientists have pointed out that similar patterns can be created by intersecting ripples. But the possibility that this unusual pattern was created by frog young is intriguing. 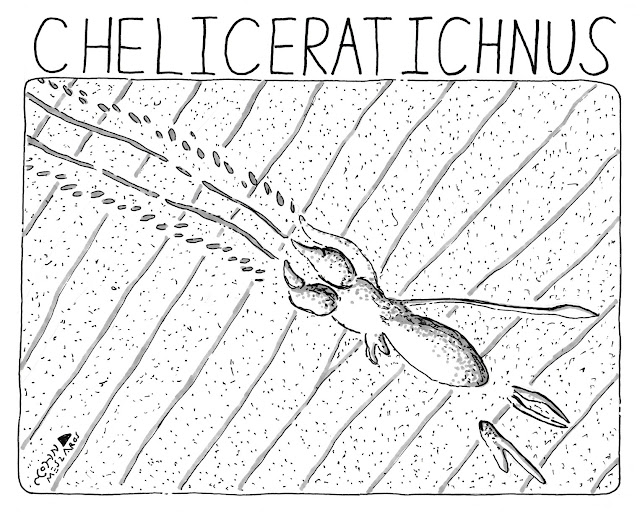 Cheliceratichnus
Currently known from a single specimen found at a private fossil site near Holyoke, Massachusetts. this unusual fossil is an almost complete body impression- including legs, abdomen, and head- made by a resting chelicerate, an animal from the group of Arthropods that includes spiders, scorpions, mites, ticks, and vinegaroons. Such creatures are distinguished by their mouthparts, called chelicerae, that move up and down rather than horizontally as insect mandibles do.

The outline of Cheliceratichnus, including the impressions of its two massive chelicerae, suggests that it was created by an organism closely related to the modern solifuges or sun spiders.

Cheliceratichnus was discovered at the end of a fossil trackway known as Acanthichnus cursorius, which shows feet impressions as well as drag marks from the tips of the creature’s heavy mouthparts. The sun spider created these tracks by walking backwards, a behavior found in many modern chelicerates.

Ichnology of New England: A Report on the Sandstone of the Connecticut Valley, Especially Its Fossil Footmarks, Made to the Government of the Commonwealth of Massachusetts
Edward Hitchcock, 1858

Posted by John Meszaros at 6:49 PM